From Spielmaterial
Jump to navigation Jump to search

Harald Mücke has been chairman of the Spiele-Autoren-Zunft e.V. (the German game authors association) from to 2011-2013. 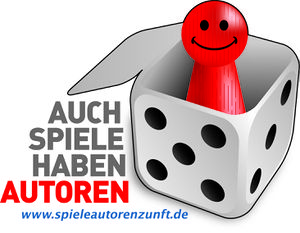 The SAZ was founded in Germany in 1991 and represents the specific interests of game designers in the public and to the publishers. The SAZ is a forum of joint activities. Although its main area of activity is Germany, the SAZ is also developing a more and more international character as the result of an increasing number of members from other countries. SAZ represents the interests of more than 450 authors in Germany and other countries.

Membership is open to anybody who supports the goals of the SAZ. Only those members who have published at least one game have voting rights – all other members are supporting members. However, members without any publication can also be granted the right to vote by the General Assembly if they apply for it and their membership has been in existence for at least one year.

Goals of the association: